How the Mediterranean diet battles the side effects of alcohol 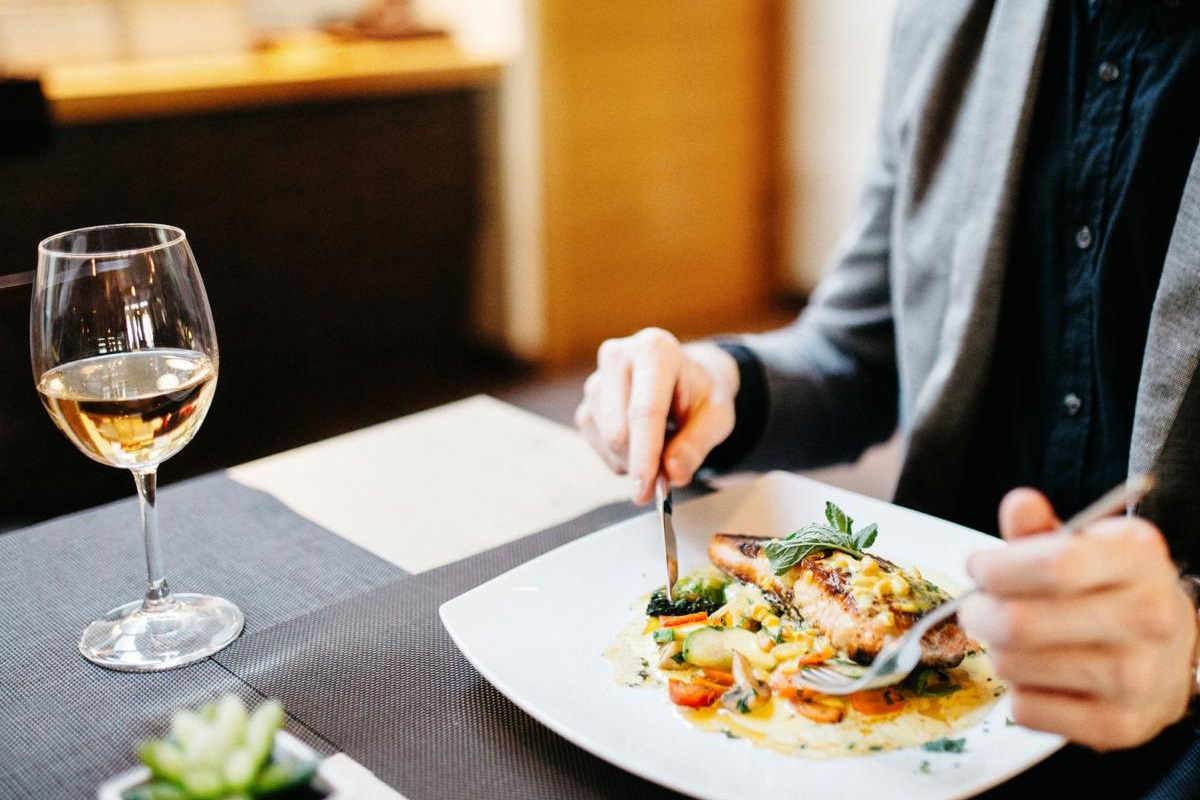 How the Mediterranean diet battles the side effects of alcohol

The British government’s new guidelines advise reducing alcohol consumption to 14 units a week for both men and women and bluntly state that, for some cancers of the mouth, throat and breast, “risk increases with any amount you drink”. The message is clear: for the good of our health, the government would rather we not drink at all.

So what about the many millions of people of the Mediterranean, whose diet is one of the healthiest in the world and which includes a drink or two as an integral part? The answer may lie not just in the amount of alcohol consumed, as the UK government’s guidelines would have it, but the manner in which it is drunk and what it is drunk with.

There is now good evidence that many foods in the Mediterranean diet including vegetables, pulses, whole grains and olive oil contain protective substances that help counter alcohol’s harmful effects.

The extra virgin olive oil in their diet was thought to have played a role. Alcohol increases breast cancer risk by raising oestrogen levels, but extra virgin olive oil contains various anti-oestrogens that block the carcinogenic actions of oestrogens. In another large European study involving 368,000 women, it was convincingly shown that folates – found in large quantities in the green, leafy vegetables and pulses of the Mediterranean diet – also provide a protective action against the effects of alcohol.

Although these are important findings, women with a family history of breast cancer are still advised to avoid drinking.

The link between mouth and throat cancers and low alcohol consumption, which the guidelines declare to hold true “for any amount you drink”, also deserves closer scrutiny. Again, the Mediterranean diet comes up trumps: even when low to moderate alcohol is consumed as part of the diet, the risk of these cancers decreases.

How we drink matters

It’s well established that combining smoking with drinking dramatically increases the risk of causing mouth and throat cancers. Some studies such as the Million Women Study (which really did involve well over a million women) found no increased risk of these cancers for women drinking up to two units a day, so long as they were non-smokers. It’s thought that alcohol acts as a solvent that increases the absorption of carcinogens in cigarette smoke. If most drinking occurs during a meal, the hazards from smoking become less likely.

So it’s clear that the way we drink is very important. Drinking with food is the typical pattern in Mediterranean countries, whereas in the UK binge drinking is far more common – where alcohol is not just drunk excessively, but also without food. A full stomach of food slows the rate of alcohol absorption, limiting dangerous spikes in blood alcohol levels that are linked to high blood pressure and strokes. In Mediterranean countries, even alcohol consumed without a meal is usually accompanied with some food: a few olives with an ouzo in Greece, tapas or a piece of tortilla to accompany a beer in a Spanish bar. What a shame that so few pubs in the UK provide these protective mouthfuls.

A scoring system was developed to capture the Mediterranean way of drinking: moderate alcohol intake spread out over the week, a preference for red wine drunk with meals, little intake of spirits, and an avoidance of binge drinking. Scoring highly on these criteria correlated with significantly reduced mortality.

Of course there are many other benefits to a Mediterranean diet: it is the leading diet for risk reduction of cardiovascular disease, with many studies confirming the cardio-protective effects of moderate drinking, especially as part of a Mediterranean diet, and increasing evidence that links the Mediterranean diet with a decreased risk of dementia. Considering how few other options there are to counter this devastating disease, these are important findings.

Just as eating guidelines now recognise that diet must be considered as a whole, rather than isolating individual foods or nutrients such as sugar or saturated fat, there is good reason to apply the same thinking to weighing up the risks and benefits of drinking alcohol. Heavy drinking increases the risk of various cancers, of this there is no doubt – and even low alcohol consumption may do so with certain diets such as those high in processed foods. But the evidence suggests that one or two glasses of wine, so long as they are accompanied by a tasty Mediterranean meal, won’t hurt you – whatever the government guidelines say.